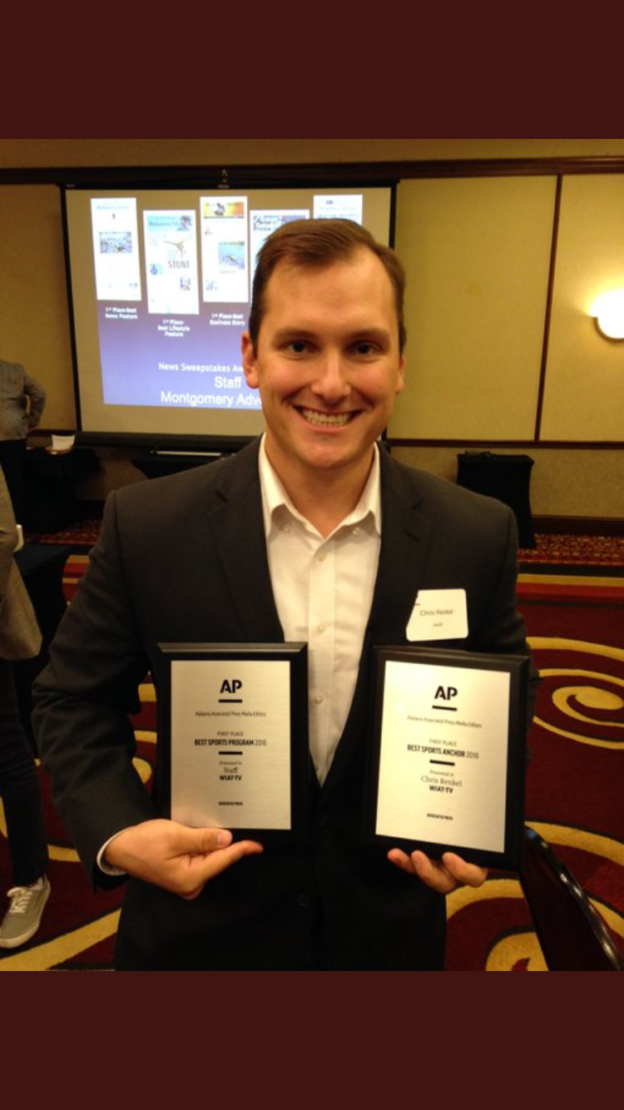 Congratulations to CBK Media Management client Chris Renkel on being named Best Sports Anchor in Alabama by the Alabama Associated Press Media Editors. Chris received the prestigious award at a special banquet on June 17, 2017. Renkel’s work on WIAT’s the “Red Zone” was also recognized by Alabama AP as the Best Sports Show in Alabama for the fourth straight year. Rental’s excellent work through the years has also been recognized with an Emmy award in 2014.