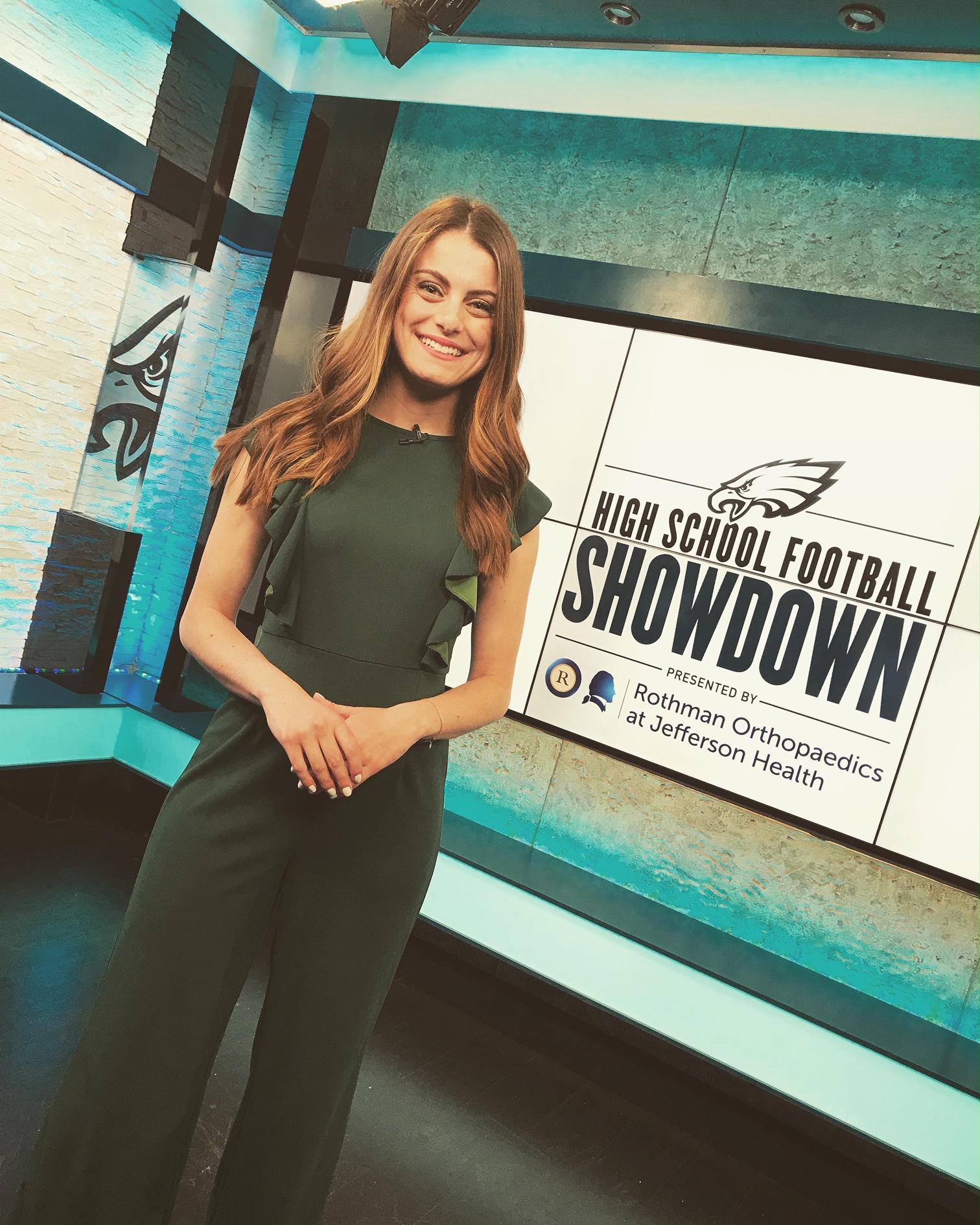 Congratulations to CBK Media Management client Gabriella DiGiovanni on becoming a Digital Reporter/On-Air Personality for the Philadelphia Eagles. Gabriella’s work during the 2019 NFL season will be seen on philadelphiaeagles.com, all Eagles social media platforms and the Eagles mobile app.

A Philadelphia native, Gabriella has worked for the Big Ten Network as a Sideline Reporter and she’s also been a Digital Reporter/Host for the two MLS soccer teams: New England Revolution and Chicago Fire. While with the Revolution, Gabriella pitched “Revolution Pregame LIVE”. She produced and co-hosted these pregame shows that aired across digital platforms and it was an instant success. One of the shows she co-hosted was featured on the MLS Facebook page and it generated more than 30,000 views. Gabriella has also been a special guest on WGN’s popular “Sports Feed” show in Chicago. Gabriella co-hosts a weekly podcast “Press Pass: A College Football Pod” that can be downloaded at podcasts.apple.com

Gabriella graduated from The Ohio State University with a degree in journalism. #TeamCBK