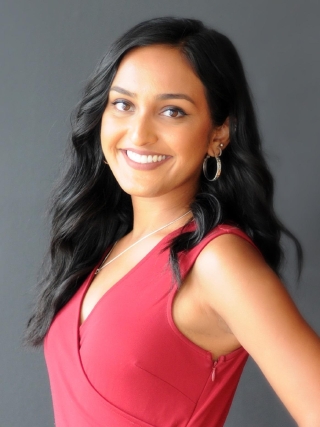 Congratulations to client Anjali Patel on jumping 59 markets and joining WLOS (ABC) in Asheville, NC (Market #38) as a News Reporter. It’s a homecoming for Anjali who grew up in nearby Greenville, SC.

Anjali is a proud graduate of the University of South Carolina’s Honors College with a Bachelor’s Degree in Broadcast Journalism. While attending school in Columbia, Anjali interned at WIS in Columbia (SC) and WYFF in Greenville (SC). She was also nominated for two student Emmy Awards for her work during her time at USC. #TeamCBK