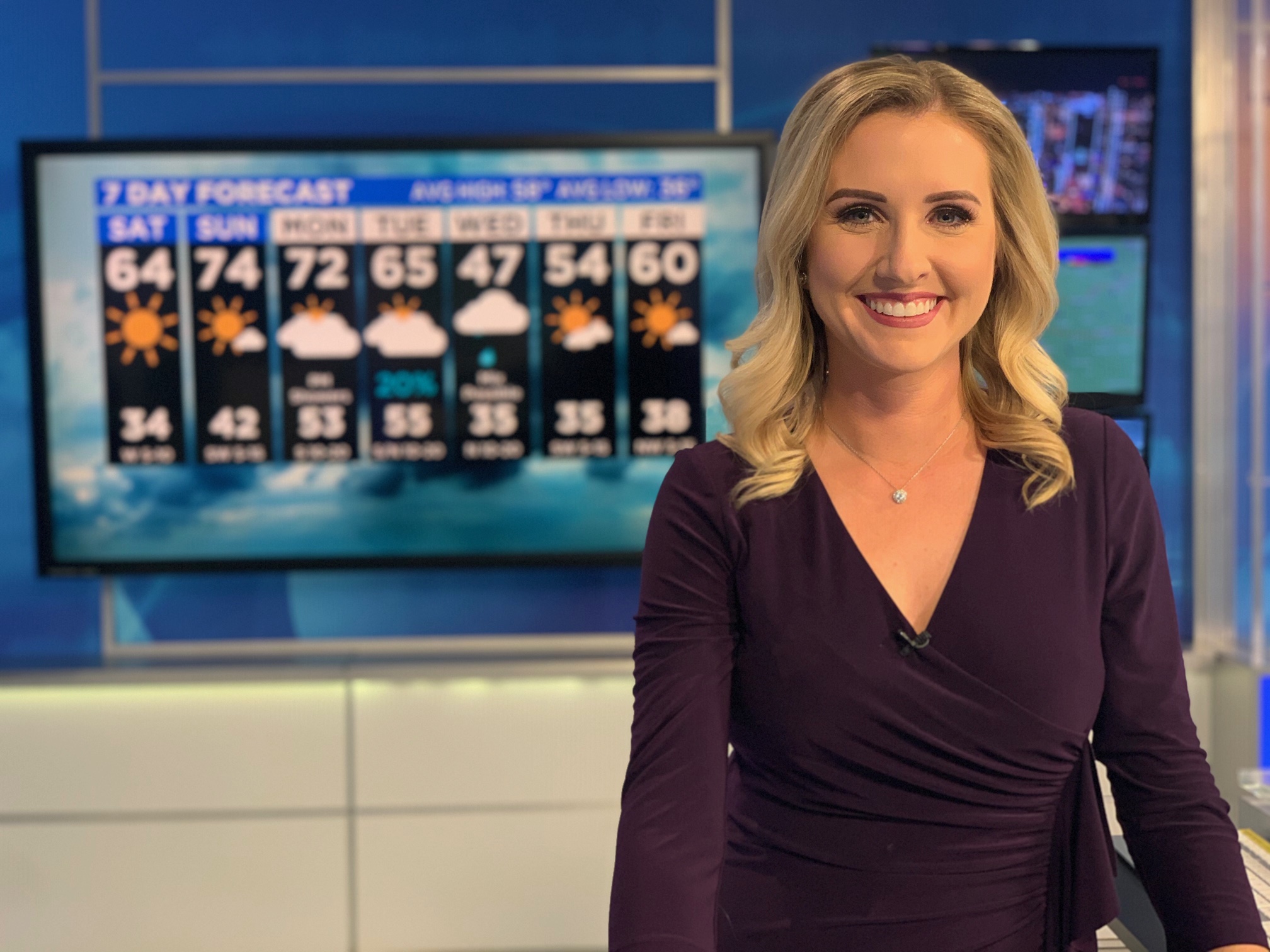 Congratulations to CBK Media Management client Erin Moran on being named Weekend Evening Meteorologist at CBS 11 in Dallas, TX (Market #5). This is a promotion for Erin who first started working at KTVT in December 2019 as a freelance meteorologist.

Before making the jump to top-five market Dallas, Erin spent the previous three years working at KXXV (ABC) in Waco, TX (Market #89) as the weekday morning meteorologist. Before she made the move to Texas, Erin worked at WBTW (CBS) in Myrtle Beach , SC where she was a meteorologist/traffic anchor. Erin has also worked at stations in Charlotte (NC), Albany (NY) and Springfield (MA).

A Boston native, Erin earned her broadcast meteorology certificate from Mississippi State and she earned her B.A. in Communication from Westfield State University in Westfield, MA. When she’s not tracking severe weather, Erin enjoys spending time outside with her husband and their two dogs, Nala and Willow. #TeamCBK